As you probably have already had hammered down your throat, a lot of Christians don’t think you will go to Heaven. They argue that because homosexuality is a “lifestyle,” you are committing yourself to a lifestyle of sin. Yes, of course we are all sinners, but the idea is that because you are choosing to be gay, therefore you are choosing to sin. Not only are you choosing to sin, but you are teaching others to sin too. Oh, and you are probably not repentant of being gay either because, to you, there is nothing to be repentant for.

What does the Bible actually say about homosexuality? Well, it says a couple of things.  As you’ve probably heard a thousand times, God prohibits homosexuality in the Old Testament.  If you can’t find it, it is right around where He says we can’t eat bacon and are allowed to murder our children when they don’t behave. *awkward* What about the New Testament? Well, it says that those who are homosexuals will not inherit the Kingdom of God. Yes, it does say that.

Homosexuals are excluded from Heaven just like the adulterers and the idolaters. That is straight from the Bible, so if you believe the Bible to be true there you have it. Wait a second, didn’t Jesus say that if I look at a woman inappropriately then I have committed adultery? Isn’t anything that I put in front of God considered idolatry? Crap, it looks like under those terms I am stranded outside the pearly gates too. What about all of those “Christians” in the world who say “God is #1 in my life,” but spend more time watching football games or surfing the internet than with Him, myself included? You know, those people who proudly rep Him in a Facebook status or on Sunday morning but their life doesn’t reflect it Saturday night. Isn’t that idolatry? Looks like all of this time I thought I was better than you but it turns out, I’m not. It sounds like none of us are going to make it…unless there is something more.

But wait, I can hear all those religious people shouting now “Brett, you know what you do is a sin and are repentant of it. Gay people don’t think homosexuality is sin nor are they repentant of it.” That’s true and it scares me. Not because you’re not repentant, but because it raises the question “am I only saved from sin that I am repentant of?” What of the sin that I am ignorant of? Am I going to Hell for things that I don’t know I am doing wrong? No. When our life is over and judgement comes, our sin doesn’t determine our fate, our Savior does. We can look at the Bible and try to live the best, most sin free, performance-based life we can, but at the end of the day its not anything that we did that sends us to Heaven, it is everything that Jesus already did on the cross. After all, there is that moment in the Bible when Jesus talks about the many people who did great things for Jesus who will not inherit the Kingdom of God because they didn’t know Jesus (Matthew 7). It is almost as if Jesus is more interested in us getting to know Him than He is how we perform for Him. His grace can’t be earned, only freely given…that’s why it’s grace. 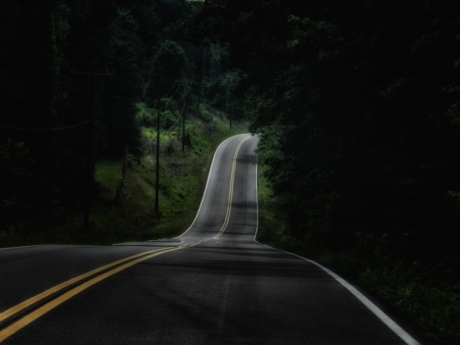 It seems Christian are only ever given two options, accept homosexuality with open arms or oppose them, and I will do neither. I’m not going to tell you I think you should be gay nor do I think that was God’s heart for you. I can’t change what the Bible says and I believe every word of it to be true. I think the Bible was pretty clear when it said stay away from homosexuality, adultery, and idolatry. However, I don’t think you are lesser, second class, a bigger sinner, or “not as Christian.” Honestly, I don’t know why you are put on a pedestal as a sinner and tossed out of churches while half of Christian America is living their entire lives worshipping idols and committing adultery in their heart. It’s as if we think we are better than you are.

To be honest, I don’t know why so many of my Christian brothers and sisters elevate your sexuality over everything else. I’ve decided it’s not my job to tell you what your sin is, it’s my job to tell you who your Savior is. I pray that one day Christianity as a whole will fight as passionately against poverty and sex trafficking as they do homosexuality. You’re probably offended. In fact, I hope you are. God’s grace is offensive to those who don’t think they need it.

On behalf of my brothers and sisters, I just want to apologize to you. We have let what the Bible says get in the way of what the Bible means, and the Bible means that we should love you just the same as we love everyone else. God is love and if you deny love in any way than you are denying God. I don’t know who is going to be in Heaven and who isn’t, but I do know that the only way we are getting there is through Jesus. So, instead of me trying to tell you what is right or wrong, how about we just pursue Jesus together and let Him straighten things out? After all, He knows much better than I do. Oh, and you can come to church with me anytime.

Check Out Some of My Other Popular Posts

Why I Won’t Have Sex With You